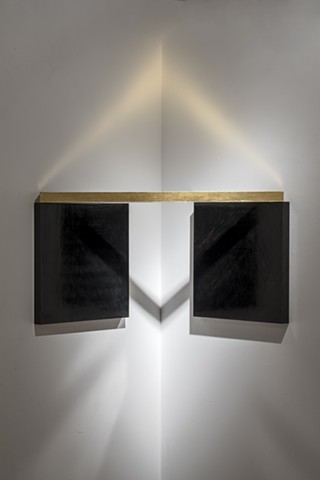 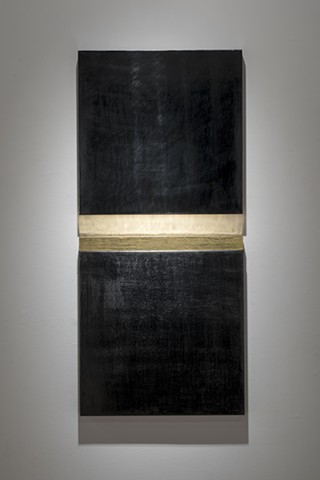 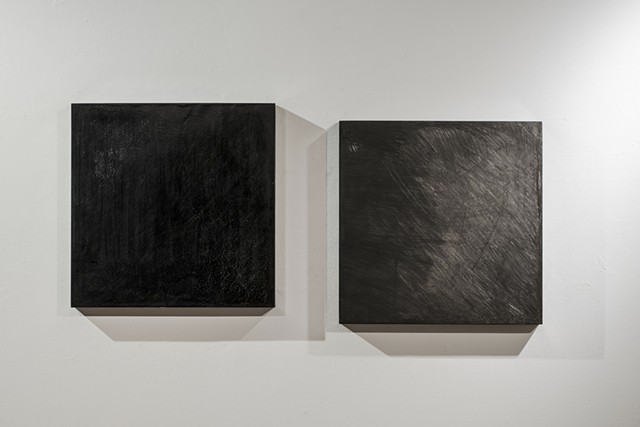 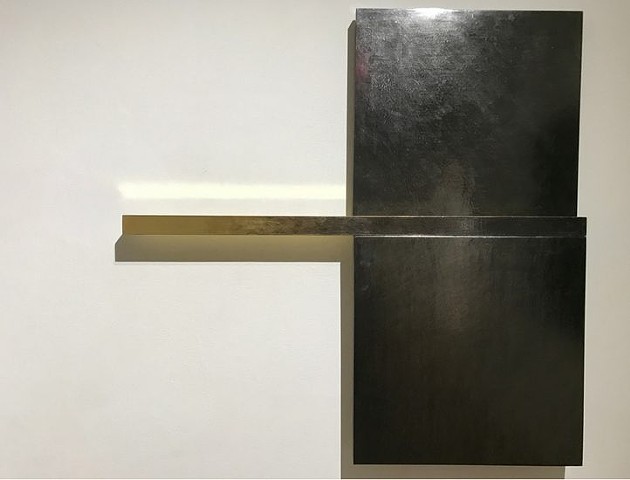 The framework of “Indexical/Aura” takes a close look at the ‘index’ and the ‘aura’ in order to reflect how each of the artworks addresses the theme of allographic mark making. The work uses the galleries existing architecture, lighting, and the intervention of objects and paintings to create a situation for a drawing to occur.

The aura, as it appears in the essay, ‘Art in the Age of Mechanical Reproduction’ by the German cultural critic of the Frankfurt School, Walter Benjamin, describes it as “the presence of an object in a specific time and place.” Each object has its own unique ‘aura’. The aura of each object can be lifted through the use of the camera. The index, like the aura, is connected to an actual object. However, while the aura evokes a general feeling of a specific object, the index leaves a physical trace of an object. What is interesting about the aura and the index is that these two phenomena can both become detached from their point of origin. Yet, they differ in one small way: the aura of an object is its total impact or impression, and the index by contrast is closer to that of a trace of anything that is left behind.

Using Walter Benjamin as a point of departure, Hensley has created individual units of gilded bars and burnished graphite and has installed them on the gallery walls in a way that interacts with the artificial light to make a mark on the wall–using the existing elements of the room to complete the drawing. The work questions the true origins of the auras and presents them in a new manner to leave a new mark. The new mark seems to be fleeting and subordinate to the whole of the architecture and shape of the supports on which it relies on. The ego and unique personality of the mark becomes suppressed in favor of the mind and calls more attention to the material relations than that of the mark as a singular event.

Jeff Hensley is interested in how we emotionally, intellectually, and physically connect to materials around us, and the structures in place that guide these responses.